“The Anarchist’s Workbench” is – on the one hand – a detailed plan for a simple workbench that can be built using construction lumber and basic woodworking tools. But it’s also the story of Christopher Schwarz’s 20-year journey researching, building and refining historical workbenches until there was nothing left to improve.

Along the way, Schwarz quits his corporate job, builds a publishing company founded on the principles of mutualism and moves into an 1896 German barroom in a red-light district, where he now builds furniture, publishes books and tries to live as an aesthetic anarchist.

“The Anarchist's Workbench” is the third and final book in the “anarchist” series, and it attempts to cut through the immense amount of misinformation about building a proper bench. It helps answer the questions that dog every woodworker: What sort of bench should I build? What wood should I use? What dimensions should it be? And what vises should I attach to it?

These questions are answered with the perspective of 2,000 years of workbench history.

Surprisingly, the way we immobilize pieces of wood to work on them hasn’t changed much in the last 700 years. But what has changed are the raw bench-building materials available to the modern woodworker. Gone are the massive slabs of oak, maple and beech that built the Western workbenches of our ancestors.

In their stead, we have very expensive hardwoods, plus inexpensive softwoods used for residential construction – yellow pines and firs – that (when used thoughtfully) can produce workbenches that are as heavy, tough and useful as historical examples.

“The Anarchist's Workbench” also seeks to open your eyes to simpler workbench designs that eschew metal fasteners and instead rely only on the time-tested mortise-and-tenon joint that’s  secured with a drawbored peg. The bench plan in the book is based on a European design that spread across the continent in the 1500s. It has only 12 joints, weighs more than 300 pounds and requires less than $300 in lumber.

And while the bench is immensely simple, it is a versatile design that you can adapt and change as you grow as a woodworker. 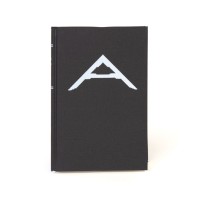 ‘The Anarchist's Tool Chest’ by Christopher Schwarz from his own words:   When I .. 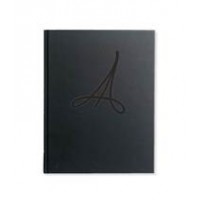 ‘The Anarchist Design Book’ by Christopher SchwarzMost of the American furniture we celebrate a..

This product has no stock! Please enter your information to form bellow. We will send you notification when it is back!